Selling on Amazon can be tough and you might have decided that it’s no longer worth your time or capital and you just want to make a clean exit. If so, that’s ok since selling on Amazon is not for everyone. It takes long hours and can be quite stressful and competitive, not to mention that it takes a lot of capital to grow and succeed, which many sellers don’t have access to and often find out after they are well into the game.

You might be wondering Can I Sell My Amazon Seller Account? Contrary to popular opinion, the answer is yes and in fact, it is probably worth several hundred or even several thousand dollars depending on how old your account is as well as some other factors. Amazon accounts that are a few years old are quite valuable, but even accounts less than a year old can be sold.

So rather than just closing your Amazon seller account, abandoning it forever and walking away with nothing, it might be worth getting an offer and considering getting compensation for the hard work you put into your journey selling on Amazon.

And as a bonus, if you are also selling on Walmart Marketplace, you can sell that account as well and receive a second payout.

However, there are some factors to consider before moving forward.

FACTORS TO CONSIDER BEFORE SELLING YOUR AMAZON SELLER ACCOUNT

Disclaimer: As with all major business decisions or transactions, you should seek legal counsel from a licensed business attorney. Fast Lane Academy does not offer legal advice and the information on this page or website should not be construed as such and used only for informational purposes. Now that this is out of the way, let’s continue.

First, if you were making a net profit of at least $10,000 or more selling on Amazon for at least a year or longer, a better option would be selling your business through a business broker. You can usually sell your business for around 2 times net earnings. So in this example, your business would be worth around $20,000 minus the broker’s fees, so you would probably walk away with around $15,000.

That would be more than what you could sell your individual Amazon seller account for. This would only apply if you are willing to sell your entire business entity and if you can prove those net profits for at least the last 12 months and preferably longer.

If you created a legal business entity such as a corporation or LLC, selling your business through a broker means you are selling the entire entity along with the account. If you wish to continue doing business under that entity, just not selling on Amazon anymore, then it probably doesn’t make sense to sell your entire business since that entity will be assumed with the sale, so selling your Amazon and/or Walmart seller account might be the better option.

Second, if your Amazon seller account has been suspended, then it is of no value. Or if your Amazon account has a high amount of negative seller feedback and/or several performance notifications in the last year by Amazon, then it can still be sold but would be considered high risk, so it would only be worth a few hundred dollars on average.

If your net profits were less than $10,000 per year or you made no profits at all, and your account is in relatively good standing, then you might want to explore the option of selling your account. You can complete the form above and below if you would like for us to have a broker contact you.

WHO WOULD BUY MY AMAZON SELLER ACCOUNT AND WHY?

There is a private investor that buys and sells existing seller accounts. You might be wondering who would buy your account and why?

There are a wide variety of reasons why someone would want to buy your Amazon seller account. The most common reason is existing successful Amazon sellers who want to purchase an additional account so they have a backup in place just in case Amazon suspends their primary one.

There are many successful sellers that are doing over six figures per month and Amazon has a reputation for suspending accounts for frivolous reasons that are often unjustified. Since they only allow individuals to create one seller account for life, they can’t create a second one and don’t want the risk of their entire livelihood subject to being eliminated overnight. With a second account, they have a backup plan.

For that reason, many of the seller accounts purchased go unused. 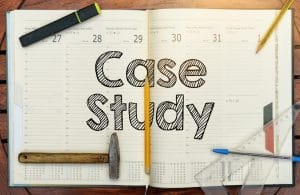 OUR EXPERIMENT WITH 3 FORMER AMAZON SELLERS THAT SOLD THEIR ACCOUNTS

We were curious about the process so we decided to conduct a test to see how the whole process works. We were put in touch with the private investor that buys and sells Amazon seller accounts so we contacted 3 former Amazon sellers we knew that had stopped selling a couple of years ago on Amazon.

They were part of a former local Amazon sellers group that I was a member of that started back in 2015. We all used to meet once a month in Tampa, Florida and discuss strategies and how to grow our businesses. Over the years, several of them decided to stop selling on Amazon and move on to other business ventures that were more profitable for them.

All 3 of them were no longer using their accounts but had never actually went through the formal procedure with Amazon to cancel or close their accounts. We informed them that they could possibly sell their accounts and asked if they would be interested in pursuing the opportunity.

When all 3 told us that they were interested, we provided them with the contact details for the investor that we found. We asked that they contact him on their own, perform their due diligence, be mindful of online security and report back to us with their experiences.

We were quite surprised at their results. Within a few business days, all 3 of them had successfully sold their accounts for several thousand dollars each. Keep in mind that they all had accounts that were several years old with a few hundred seller feedback ratings, which made their accounts quite valuable. They told us that the process went very smoothly, quickly and 100% safe and secure.

When asked about the security of the transaction, they mentioned that after the broker confirmed that their accounts were legitimate, made them an offer and they accepted, the funds were transferred to them first. Once they confirmed receipt of the funds, they were provided with new business, personal and financial information to replace theirs with so that none of their sensitive info remained. Then the account was transferred.

They all felt completely safe and confident with the entire process.

One of them actually thanked us many times as he thought his Amazon account was worth nothing since he had never actually profited from the one and only product he sold during his time selling on Amazon. In fact, he had lost a few thousand dollars and was quite happy that he was able to sell his account, recover the capital he had lost and more.

It was quite emotional actually as he was experiencing some financial difficulties at the time and was struggling to pay his bills and support his family. He told us that with the proceeds from the sale of his account, he was able to get caught up and eliminate a huge burden of stress he was under at the time trying to figure out how he was going to make it.

If you decide that it makes sense for you to sell your Amazon seller account, then complete the form below to get a cash offer within 24 hours from the broker that the individuals in our experiment and case study used and were very pleased with.

The entire process is 100% safe and secure.

Feel free to use the live chat button at the bottom of your screen with any questions.

Submit Your Info Below To Get A Cash Offer For Your Account In 24 Hours!

How To Sell On Amazon FBA For Beginners

How To Find Products To Sell On Amazon 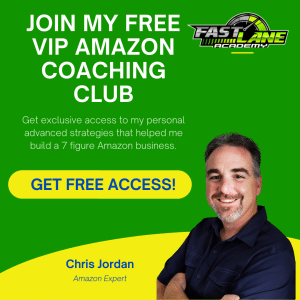 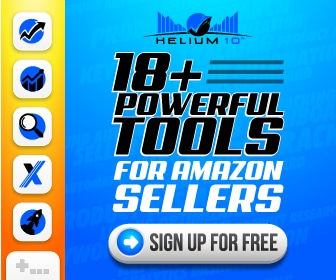 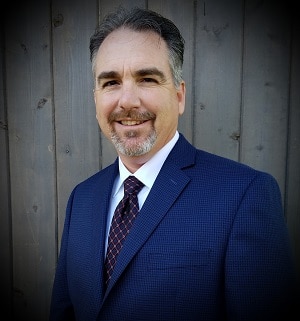